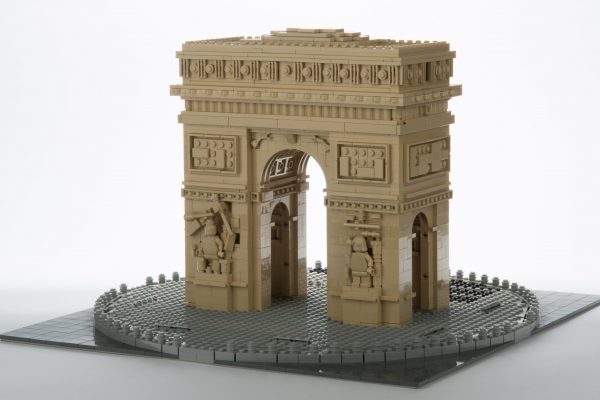 They are one of the most recognisable and successful toy companies in the world – but did you know LEGO® bricks used to be manufactured here in Wrexham?

The Ruthin Road site in particular is still fondly remembered by many local people. Who could forget the iconic, giant LEGO bricks that once stood next to the entrance?

To celebrate this historic connection between Wrexham and the Danish toy manufacturer Wrexham Museum will be hosting Brick Built, a touring exhibition by Warren Elsmore featuring his team’s models of famous buildings, monuments and structures made from LEGO bricks.

The exhibition will include Warren’s LEGO museum containing models and products from the early years of the company up to the present day.

Naturally there will be an area in the gallery where you can build your own LEGO models. Look out also for news of the special events days during the exhibition!

A highlight of the exhibition will be the model celebrating the civil engineering marvel of the canal age, our local World Heritage Site, the Pontcysyllte Aqueduct, created specifically for this exhibition.

Glyndwr University design students are also contributing a film and a model of the School of Creative Arts building for display in the exhibition.

Wrexham Museum tells the story of Wrexham and surrrounding area through interactive and family friendly displays.

Make sure to copy Registration number after successful submission.

Thank you for payment.

Your ticket for the: Brick Built: Landmarks in LEGO® bricks