Hidden Holt: The Story of a Roman Site 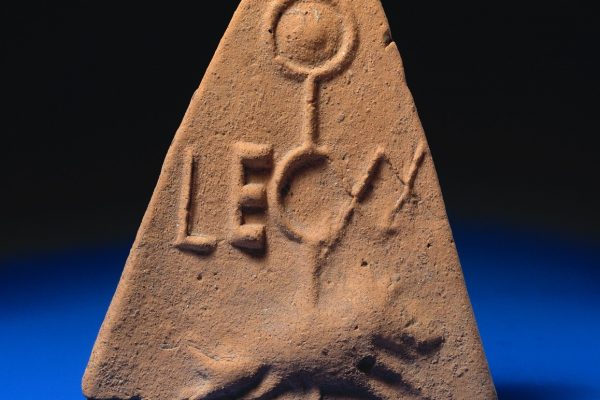 July 17th 2021 sees the opening of Hidden Holt: The Story of a Roman Site, the first new exhibition at Wrexham Museum since the end of lockdown.

The title, Hidden Holt, is a reference to the nationally important Roman site hidden beneath the surface of the fields to the north-west of the popular border village.

The village of Holt has long celebrated its links with the Roman Empire and the village was once referred to as ‘Castle Lyons’, which was thought to derive from an older name meaning castle or camp of the legions.

The exhibition reveals the story of how this once lost Roman site was re-discovered in the early 20th century and excavated in the years prior to the First World War. The exhibition showcases the many finds from these excavations, most of which have not been displayed in north-east Wales for over a century.

A great year for Roman heritage in Wrexham

Dr Kath Davies, Director of Collections and Research, Amgueddfa Cymru, said, “We’re proud of our commitment to making the national collections as widely available as possible. The finds from the excavation were acquired by the national museum nearly a century ago and will now be forming the core of this important exhibition at Wrexham.”

Sue Payne, chair of Holt Local History Society said “Holt Local History Society was formed in 1992 and currently has 100 members. Ever since then we have been keen to find out more about Holt’s history – in particular the Roman Tile and Pottery works excavated in 1907-15. The society commissioned a Geophysical Survey and report by ASW (Archaeology Survey West) in 2018. We then visited the National Museum Wales, Cardiff and St Fagan’s to view that excavation’s finds, which were donated to Cardiff in 1925.

“We are delighted that this has led to Wrexham Museum’s plan to hold a major exhibition, which tells the story of the excavation, and displays some 80 objects which have not been seen in north Wales since 1925. We have been pleased to have been extensively involved in its preparation.”

Councillor Hugh Jones, Wrexham Council’s Lead Member for Communities, Partnerships, Public Protection and Community Safety, said: “2021 is turning out to be Wrexham’s Year of Roman Heritage: the Rossett Roman Lead Pig is on display at the British Museum in London, plans are afoot for an excavation this autumn into a villa site also found near Rossett, and the Hidden Holt exhibition has provided a chance for a local history group to work with their local museum, their local university and Amgueddfa Cymru-National Museum Wales to create a special exhibition on our most important Roman site bringing Holt’s Roman collections home for the first time in a hundred years.

“We are incredibly lucky to have seen so many exciting Roman discoveries unearthed right on our doorstep here in Wrexham. I would urge everyone to visit the exhibition and take advantage of the opportunity to see this remarkable collection in up close.”

Some highlights to look out for

Holt’s Roman site will also be the subject of one of the talks at the Festival of British Archaeology Wales on July 29th which is being organized by Amgueddfa Cymru-National Museum Wales and the four Welsh regional archaeological trusts.

Wrexham Museum tells the story of Wrexham and surrrounding area through interactive and family friendly displays.

Register for Exhibition: Hidden Holt: The Story of a Roman Site

Make sure to copy Registration number after successful submission.

Thank you for payment.

Your ticket for the: Hidden Holt: The Story of a Roman Site

Hidden Holt: The Story of a Roman Site